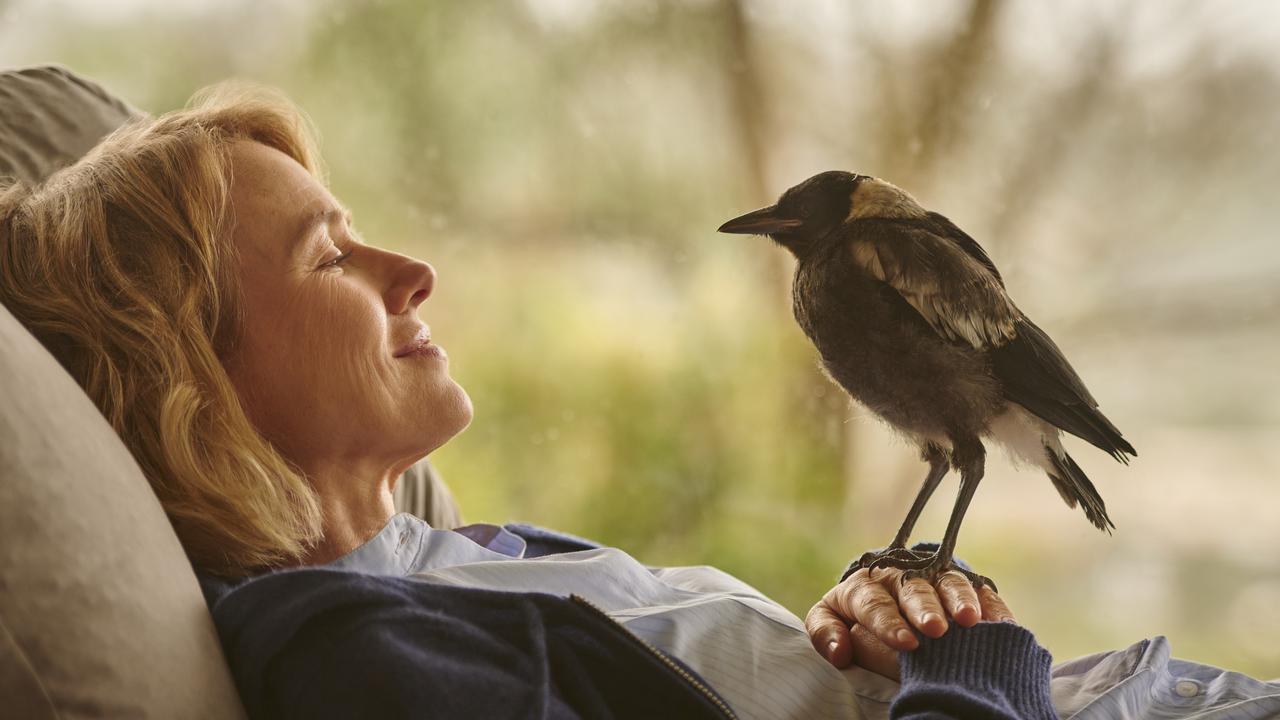 IMDB’s brief synopsis of this new Aussie movie, “Penguin Bloom”, is just this “A family takes in an injured Magpie that makes a profound difference in their lives.”
Talk about missing the mark and over simplifying things. This is a beautifully told story of a woman broken by a tragic accident and her slow, painful, and at times joyous journey to recovery. It’s summed up well by former “Men At Work” lead vocalist Colin Hay in his song, Waiting For My Real Life To Begin” from his release “Going Somewhere” as heard in the closing credits. Linger after the movie ends for heart warming photos of the Bloom family.

Naomi Watts as the real life Sam Bloom has to slay a few dragons just to cope with her new reality. It’s also a beautiful love story of a man and a woman and their 3 offspring and how those peoples dynamics have been altered by the accident in Thailand whilst on a holiday. They should have gone to Disneyland. So many what if’s are explored by their too wise for his age eldest son.

Andrew Lincoln plays hubby Cameron Bloom and the only Walking Dead in this movie is his wife struggling to come to terms with her limitations, until she finally finds a way through the darkness. At one stage Sam Bloom gets a birthday present tee-shirt that states, “I’m Only In it For the Parking”.
Lincoln manages a passable Australian accent, which is not bad for a Yorkshire Man, but you tell kids that nowadays and they won’t believe you.

“Hunt For The Wilderpeople” star Rachel House becomes a part of their extended family as an expert Kayak instructor and is amazing in her spiritual KIWI presence. No child will be left behind in this film.

I’m predicting another Oscar Nomination for Naomi or there is no diversity in Hollywood. The Academy should always include one us minority Aussies. (there’s only 25 million of us)

Lookout for: Jackie Weaver as Jan the Matriarch of this family, who’s only ever 3 feet away. Gia Carides as Megan and Leeanna Walsman as Kylie.
Naomi and Leeanna once starred together in the TV Series, “Brides of Christ”. “Penguin Bloom” is a based on the best selling book of the same name and was filmed in the real Bloom house on Sydney’s majestic Northern Beaches.

By the way the family does take in an injured Magpie promptly named, “Penguin”. This amazingly well trained bird will steal your heart with its antics and its show of strength that will empower others to live again in the wake of this near-fatal accident.

“Penguin Bloom” will make a profound impact on any one who views it without being preachy and over sentimental and without trying to milk every teary trick in the Script Writing Playbook.

Do yourself a favour this summer and take time out to see this film.
4.5/5*