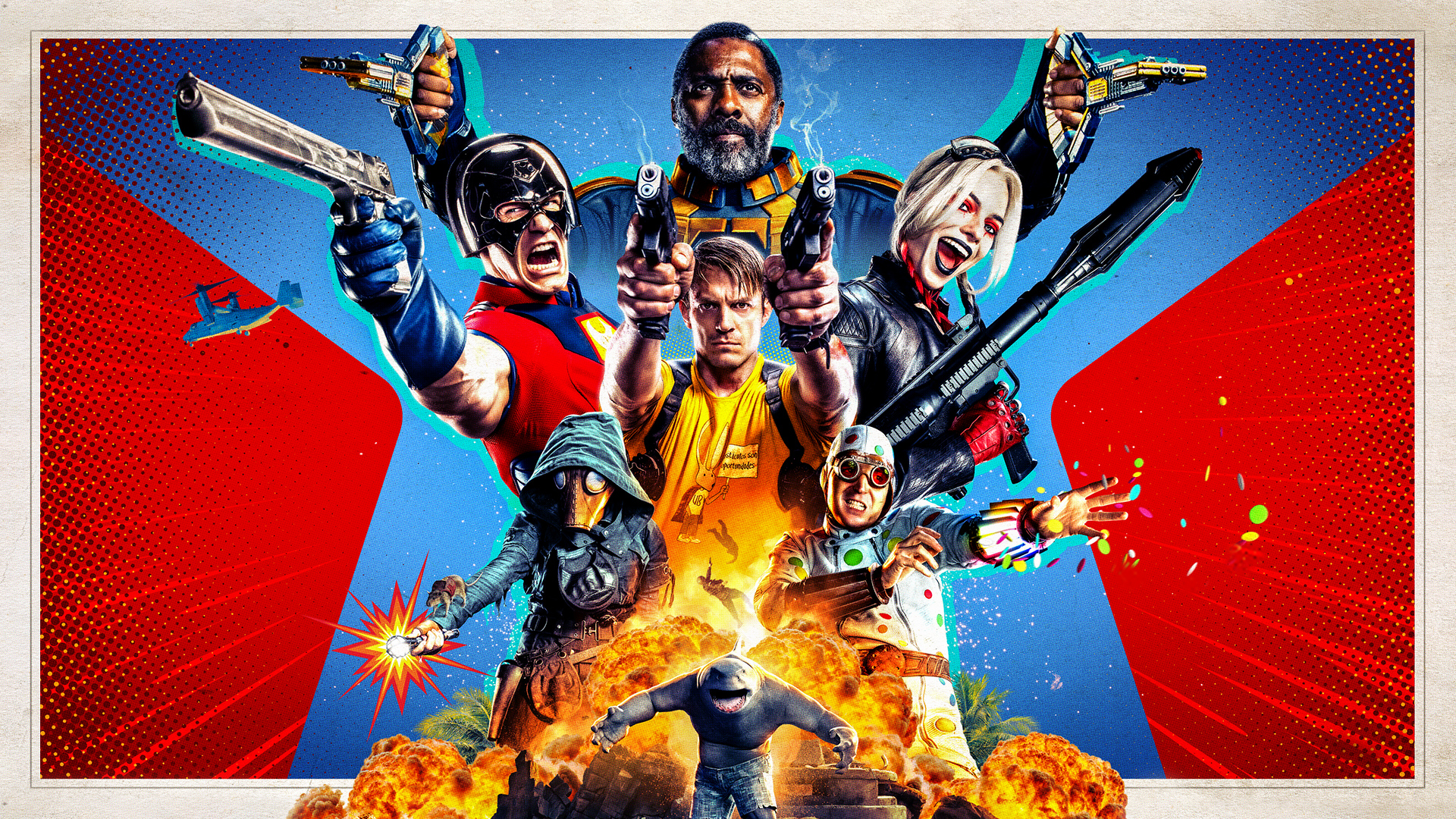 WHAT WE’RE WATCHING WITH WALTER WILLIAMS – THE SUICIDE SQUAD

This truly is “THE Suicide Squad” thanks to “Guardians of the Galaxy” Director, James Gunn.
The pitiful attempt at bringing these characters to life 5 years ago on the Silver Screen is but a distant nightmare.
Like a bad “Ghostbusters” sequel “Suicide Squad” 2016 is the ghost of Christmas past, whereas this new release is where the serious fun begins.

Oh and it is F-U-N! In fact, Gunn puts the fun in Fantasy.
However this film is so much more – it’s action, adventure, war movie, sci-fi, social commentary, dark comedy etc. It literally defies pigeon holes for any one genre.

All your old faves are back with more original stories plus plenty of new characters to cheer or jeer depending on your political agenda. Aussie Margot Robbie embodies Harley Quinn. I can’t imagine any other actress playing her now. If you loved her in “Birds of Prey” hang onto your baseball bats the rides about to get real. So many great names signed on for “The Suicide Squad”. Sly Stallone is a frickin man eating “King Shark”. The “Rookies” star is being honoured in his own home town with the renaming of City Hall as “Nathan Fillion Civilian Pavilion” for his role as “TDK” (watch the movie to find out exactly what those letters stand for). Will Smith couldn’t make the reunion so English actor Idris Elba (the man who should be Bond) is in a similar role as “Blood Sport” with the coolest Superhero costume. I know at my age I shouldn’t be so into this world of Heroes and Villains, but it’s what I grew up with as a 60’s baby…70’s made me.

Back to my review…
Walking Dead’s” Michael Rooker as “Savant” proves you should never mess with birds…and while we’re at it what’s with his hair. He looks like Edgar Winters love child. Viola Davis is back as “Amanda Waller”. “Rick Flagg” fans won’t be dissatisfied either. Wrestler turned actor John Cena is hilarious as “Peacemaker” representing the American Dream.

Be prepared to witness gory carnage and a very high body toll.
If you are looking for escapism this roller coaster ride will satisfy that thirst.
“The Suicide Squad” treads happy middle ground between both the Marvel and DC Universes with its mix of dark as dark chocolate humour and blood letting.
Not recommended for children.
Don’t leave till the lights come on or you’ll miss the Easter Egg.