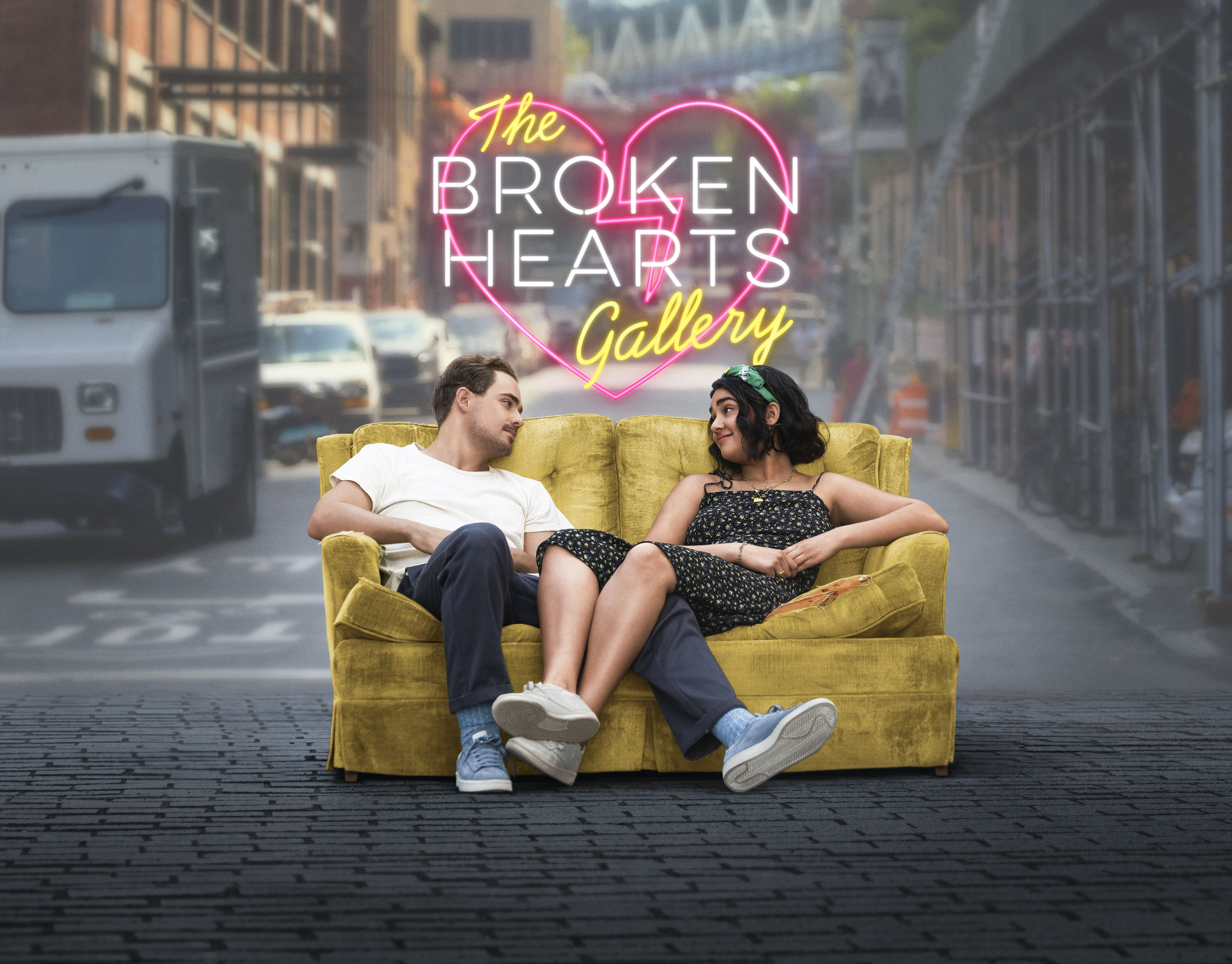 WHAT WE’RE WATCHING WITH WALTER WILLIAMS: THE BROKEN HEARTS GALLERY
Imagine a gallery where you could leave behind the trinkets from your ex’s and oh’s.

In this movie it’s traditional boy meets girl, boy is attracted to said girl, boy breaks up with same girl, only to you guessed it…no not kill themselves that would be Shakespeare…complete with neon signs as tokens of affection. The Broken hearts Gallery is set to become a cult rom-com classic.

Think “10 thing I Hate About You” and all those other great movies about romance loaded with plenty of laughs and tears plus 2 strong leads and both Aussies…Oi, Oi, Oi! Geraldine Visanwathan from (Blockers) is busy building up a filmography most young actresses would be proud of and her co-star Perth lad, Dacre Montogmery (Stranger Things) has a certain young leading man vibe not unlike early Heath Ledger. He has possibly the longest eyelashes I’ve ever seen on a bloke, but I reckon he could easily play evil too, in a Giovanni Ribisi way. Playing Woolf gallery owner, Bernadette Peters at 72 looks amazing. I think she’s been using the “Ray Donovan” make up artist.

The whole thing is accompanied by a rapid fire script of witty and quotable lines, plenty of social media referencing and hip FRIENDS living in shared apartments, New York style…sound familiar? This movie proves there is an art to letting go and its not just a song by Sir Paul or Passenger.
Thanks to singer, Selena Gomez as Executive Producer, and Natalie Krinsky making her directorial debut this could be 2020’s answer to the COVID Blues…