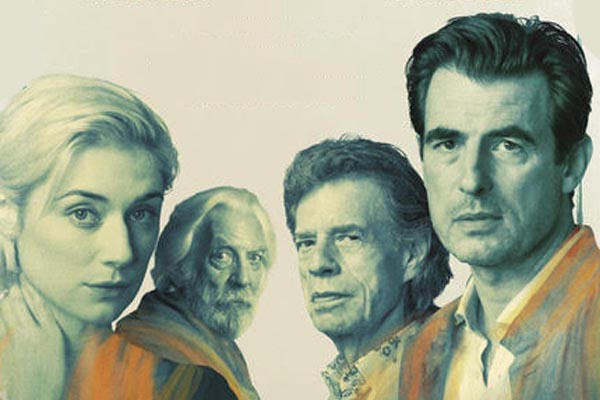 What We’re Watching with Walter Williams!

You’ll find Walter Williams at the movies at least once a week, catching the newest releases and retro classics on the big screen.

Based on a book from the 70’s, The Burnt Orange Heresy is one of those rare complex films where you must pay attention to all the nuances.
Rolling Stone, Mick Jagger plays an art collector who’s desperate to get his hands on a rare piece of art from Donald Sutherland’s legendary artist character thanks to an unscrupulous art critic and his gorgeous Australian actress girlfriend, Elizabeth Debicki. Intrigue at every point.

All of this to a beautiful European back drop and a magnificent home.

This movie feels like Hitchcock crossed with the Twilight Zone, but not in a sci fi way.
4/5 stars

The King of Staten Island

We all need a good laugh in 2020 and this movie delivers in spades, if you like black comedy. Luckily I do and can’t get enough of this smart, dry wit also co-written by the films star Pete Davidson. He carries this semi auto biographical movie brilliantly. Playing Scott the son of a fire fighter who died on the job, just like his real life dad did in 9/11. He’s an aspiring tattoo artist with big dreams of opening a themed Restaurant/Tattoo Parlour. The guy knows what he’s doing, he’s googled it, and no-ones done it before…for good reason.

It’s comedy with heart, but not in a sickly sweet way.
Watch out for: Steve Buscemi, Bill Burr and Marisa Tomei
3.5/5 stars