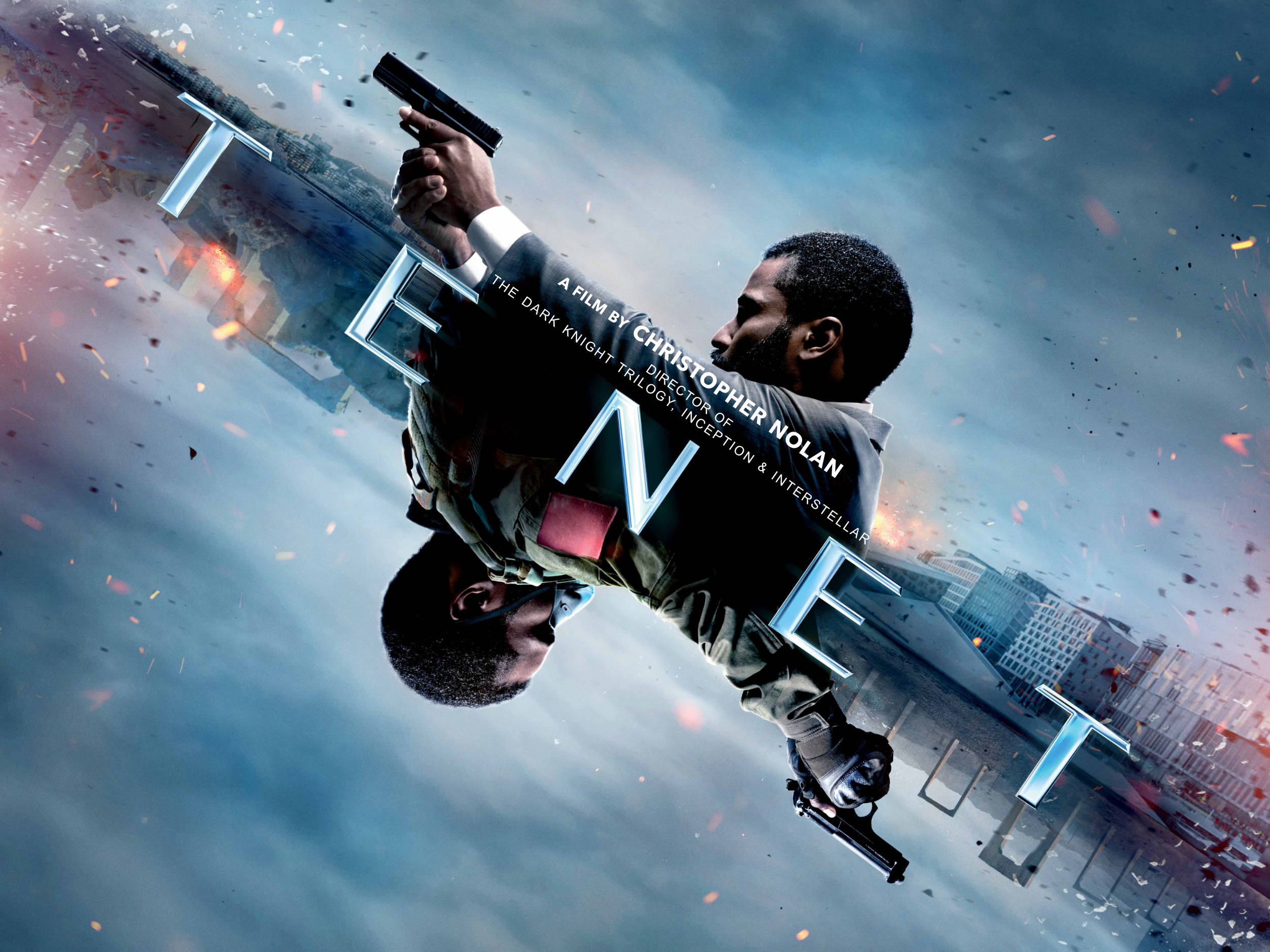 What We’re Watching with Walter Williams!

You’ll find Walter Williams at the movies at least once a week, catching the newest releases and retro classics on the big screen.

If Matrix and Inception had a baby it’s name would be “Tenet”.
Although this doesn’t have the same star power as Director Christopher Nolan’s other love child it’s a powerful movie that once seen can’t be forgotten.
It might take at least 2 viewings to wrap your head around the concept…especially the last 30 Minutes.
Its all set in a twilight world of international espionage, an unnamed CIA operative, known as The Protagonist, is recruited by a mysterious organization called Tenet to participate in a global assignment that unfolds beyond real time.
You get the feeling Nolan would love to direct a Bond movie.
Their mission should they accept (and of course they do) is to prevent a renegade Russian oligarch with precognition abilities, from starting World War 3.
The Protagonist must master the art of “time inversion” as a way of countering the threat.
Watch out for Aussie Star, Elisabeth Debicki and the highway scene.
Sir Michael Caine (part of Nolan’s ensemble) plays a huge stretch as “Sir Michael” and he doesn’t get to blow any bloody doors off, but don’t worry there is plenty of carnage and a high body toll.

You will never flip the bird to another driver again once you’ve seen “Unhinged”.
This is the most intense road rage movie since Spielberg’s “Duel” in the 70’s with the pressures of life, marriage and death at its core.
Except the Truck is now just a Ford Pick Up with no discernible logos.
Obviously the Blue Oval didn’t want to pay for product placement…it is an older model like its manic driver played by Russell Crowe.
This man can happen to anyone.
He only picks one project each year, but he chooses well.
His body of work speaks for itself.
His co-star Carin Pistorius is also a local lady after moving to NZ as a child from South Africa and she brings a gritty, real performance to the big screen.
She also delivers the best action movie heroine line for 2020.
Veteran horror actor, Gabriel Bateman, hold his own as her on screen son, Kyle.
This movie is adrenaline charged from the moment the curtain opens and rarely takes it foot off the pedal.
The road carnage and Rustys salary make up most of the 33 million dollar budget, but it’s investors will be making money off this film and buying many more new cars in the years ahead.
This is Crowe at his best and most threatening study of pure menace under Derrick Bortes direction.

There was a time when anything Made In Italy was a classy item, even some of the cars.
Apart from FIAT which an anagram for Fix It Again Tony.
The same rings true for this classy little comedy that doesn’t overstay it’s welcome at 94 minutes.
Writer & Director James D’Arcy is also an actor and he just gets it.
Bohemian artist Liam Neesons’ character travels from London to Italy with his estranged son (played his real life son Micheal Richardson to his late wife Natasha Richardson) both hoping to renovate and sell the Tuscan house he inherited from his late wife.
In Real Estate parlance its a renovators delight or a dilapidated farm house.
Either way its like a season of The Block set in Italy, except the host is an Irishman not an Aussie Tradie, but he does get on the tools.
One of Liams co-stars is Lindsay Duncan, who has spent some time “Under the Tuscan Sun” before with Dianne Lane.
This movie will let your mind escape and travel to exotic places, smell marvellous food, drink wonderful wine plus laugh and cry as both father and son deal with the loss of their wife and mother respectively and try to move on.
All the time they are doing demos and reno’s they could have just sold the rare scooter and made a motsa.
For once Liam doesn’t utter the immortal words, “I will look for you, I will find you, and I will kill you.” because now in his late 60’s it might be time to hang up his action man ways and become a romantic lead instead.
3/5 stars