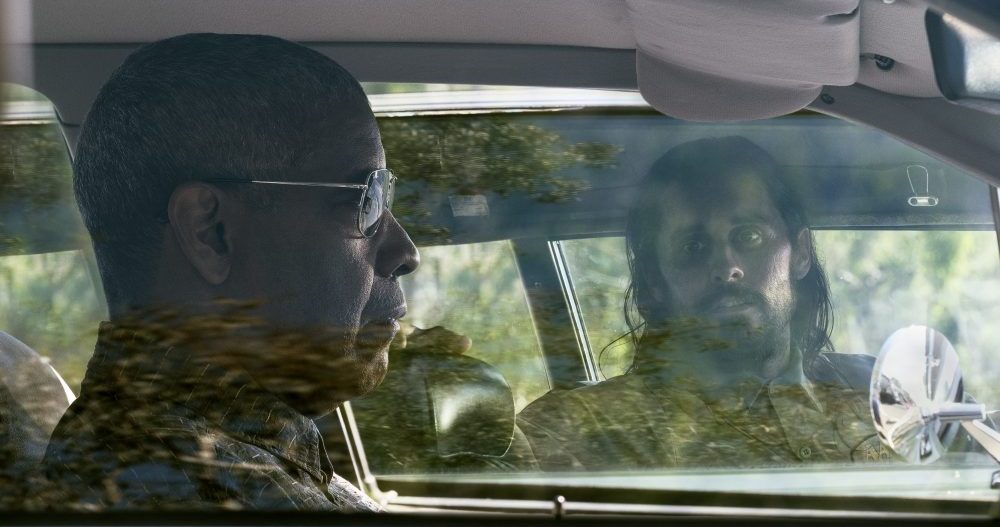 WHAT WE’RE WATCHING WITH WALTER WILLIAMS – THE LITTLE THINGS

Denzel Washington is a class act and Jared Leto is the Mayor of Crazy Town!

Together they face off against each other in Director John Lee Hancocks’ “The Little Things”. Don’t go into the cinema expecting a crime, drama, thriller like 7even…despite what the clever trailer would have you believe. This is NOT a David Fincher film even though Leto was in “Fight Club” and drinking the same Busch Beer. When this script was first written, Paul Keating was Prime Minister of Australia and Meatloaf was on top of the Aussie charts and could still sing.
I’d do anything for Denzel, but I won’t do that.

They’ve even set this big screen box office hit in the early 90’s. Washington stars as a burnt out County Deputy Sheriff who’s been demoted from suited LA Detective to uniform for something in his dark past that will all be revealed by films end. His Joe “Deke” Deacon is shrewd and calculating (a regular Columbo) and he teams up with Rami Malek’s “Jim Baxter” to solve a string of serial killer crimes with a similar MO to an old unsolved crime that ended badly.
If I’ve learnt anything from life, crime does not pay, but then again neither did my long radio/journo career. So, what are you gonna do?

The real thrill in this movie is Jarod Leto as the super creepy, “Albert Sparma” a Sparky by day and by night possibly our serial killer, but let’s not get ahead of ourselves. In fact, we don’t even hear him speak until the end of the first half of this 2 hour celluloid marathon.

“The Little Things” that make this work are the great performances from its central cast, the grimy cinematography plus a stand out soundtrack of Golden Oldie love songs that are handpicked for each scene so listen closely to the lyrics. The #metoo movement won’t approve of this film because most of the women are victims of vicious crimes and there are no strong female roles.