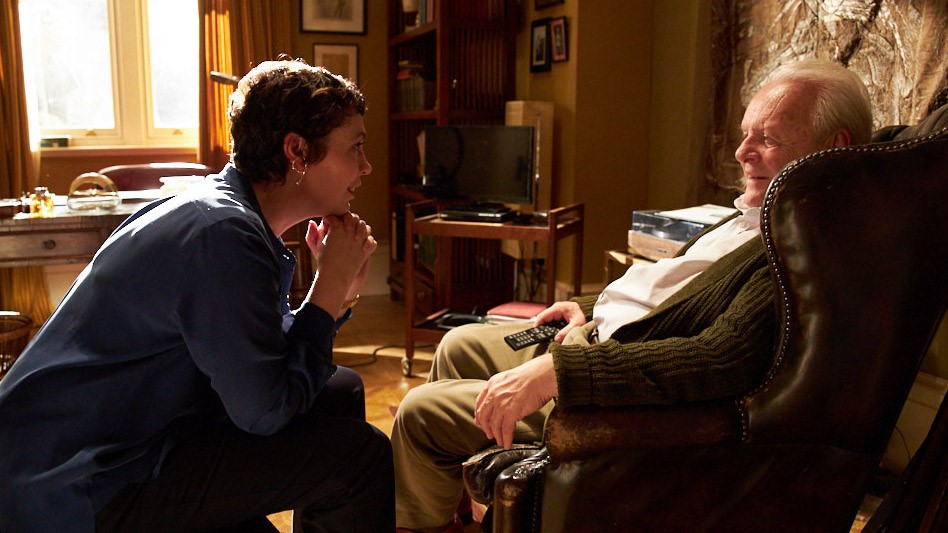 WHAT WE’RE WATCHING WITH WALTER WILLIAMS – THE FATHER

This is one of the hardest movie reviews I’ve ever had to write in my life. Mainly because of the films subject matter, Dementia.
I’ve seen my own father succumb to this dreaded disease and it scares the hell out of me, worse than any horror movie I’ve watched.
I sadly remember some of the last words my own father spoke to me were, “Be a good boy at School today.” I was 46 at the time.

The beauty of “The Father” is how Director, Florian Zeller, takes you into this descent of losing your grip on reality through the eyes of the marvellous veteran and Academy Award winning actor, Sir Anthony Hopkins. At times his character Anthony is part Hannibal Lecter and at others a peaceful, but confused ageing Father to Olivia Colman’s, Anne – another Academy Award winner who puts in a highly believable performance as his daughter who’s trying to deal with helping a man who refuses to accept assistance from her or carers.
(Fun Fact: Colman was named Anne is both roles she’s been Oscar nominated for.)

Overall “The Father” has been nominated for 6 Oscars, after already having over 20 wins in other awards and once you’ve seen this film you’ll know why it deserves to win in Hollywood. At 83, Hopkins, is the oldest winner of a Best Male Actor BAFTA and a dark horse to scoop up the big one.
This film feels like everything he has learnt in his craft is on display effortlessly for 97 minutes. It’s hard to believe this is Zellers’ feature film directorial debut, because it’s a masterclass in cinema adapted from his own acclaimed play “Le Pere” from 2012. The role of Anthony was specifically written for Hopkins.

One of the things that got the living legend to agree to this film apart from the top shelf script (adapted by Christopher Hampton) was the inclusion of one of Hopkins favourite pieces of music from Georges Bizet Opera “The Pearl Fishers”. He’s always dreamt of making a movie with this music in it.

With lines from Anthony like: “I feel as if I’m losing all my leaves” “The Father” is so close to perfect I’m giving it 10 stars.
5/5*