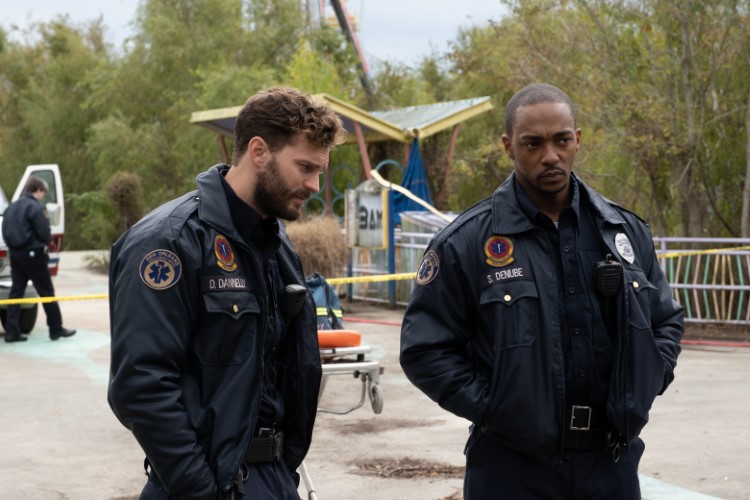 Big movies are back on the big screen!

Proof of this is the latest joint sci-fi project from Justin Benson and Aaron Moorhead, both as Directors and Writers. These boys clearly grew up watching Scully & Mulder and you can tell. Set in New Orleans, “Synchronic” is “very trippy David Bowie” as Flight of The Concords would describe it.
It’s an original concept that needed more exploration to be fully realised.

But let’s address the Elephant in the room. This is not as “Nolanesque” as the films promoters would have you believe. This is no “Inception” or even “Tenet”.
What starts as a normal police procedural movie with bizarre deaths being investigated by police and mopped up by paramedics working the Night Shift leads to time travel using a designer synthetic drug. Don’t try this at home children.

Marvels “Falcon”, Anthony Mackie, is no stranger to sci-fi and plays his role as Steve the Ambo with conviction and intensity far beyond this script.
While Jamie Dornan as Dennis is 50 Shades from Fading to Grey in the background as his Paramedic buddy who’s daughter goes missing. Girl Gone and I mean really gone to another time and place.

Fun Fact: Steve’s dog being named Hawking as an obvious nod to the late famous physicist Stephen Hawking….I wonder what he would have thought about their flawed science? But it was cool that it’s the same breed of dog as Doc Brown’s dog, Einstein, in “Back To The Future”…what happens to him is just cruel.
Critics say it’s “profoundly unsettling”…you be the judge.

There are some very gory scenes you will never forget. That is guaranteed. The ending was not what I envisaged although that rock in the park with the inscription clearly had to play a bigger part in the plot line.

“Synchronic” is probably one of the better sci-fi films doing the rounds on the big screen, but it hasn’t cracked the Top 5 at the Aussie Box Office…where currently 4 out of 5 movies are Australian. A first for the local market due to the Pandemic and a lack of good film content from other countries.