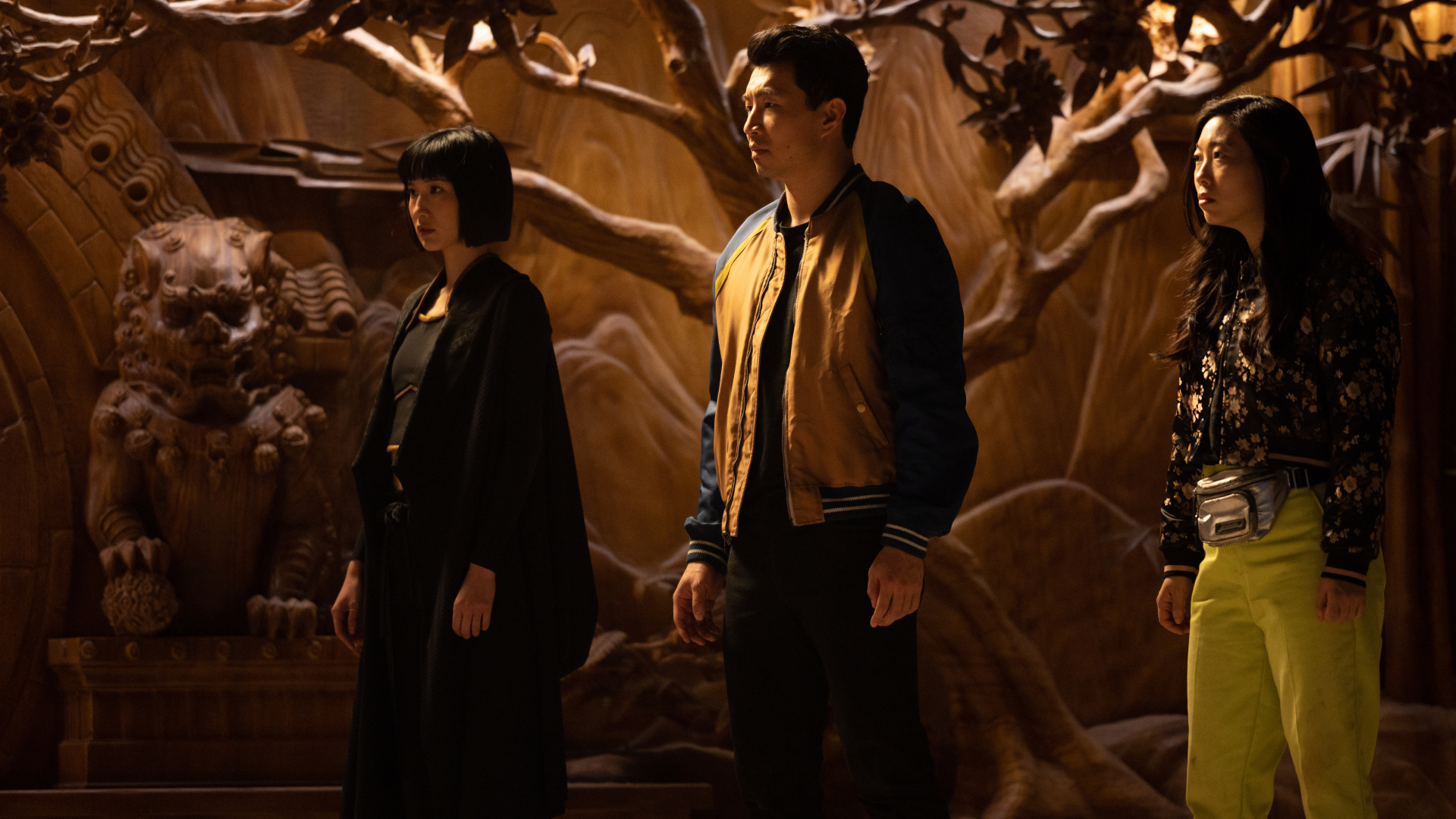 Shang-Chi & The Legend of the Ten Rings

A Marvel legend has risen and it only took 40 years to become an overnight sensation.
“Kim’s Convenience” star Simu Liu breathes life into the title character who’s changed his birth name to Shaun.
What a stretch when you don’t want to be found by your estranged dad, Xu Wenwu otherwise known as The Mandarin, played by Tony Chiu-Wai Leung (in his first American film) who has more rings than Ringo Starr or the Olympics. What can I say this guy loves his bling.

Rapper/Actor Awkwafina is his BFF, Katy. Together Shaun goes out of his way to avoid bringing back the dead with his wisecracking “Crazy Rich Asian” girlfriend in tow. Simu was so intent of getting this gig that back in 2018 he tweeted Marvel for the role.

Kung Fu fans are in for a solid 2 hour plus fight spectacular, which doesn’t stop too long to draw breath. This movie never gets boring. It’s Action, Adventure and Fantasy all rolled into one thrill ride straight out of the Marvel Universe.

I kind of half expected 80’s Singer, Limahl to crank out “Never Ending Story” in the final act of this epic movie thanks to one of the legendary creatures hiding out in a mythical village not unlike Shangri-La from 1937’s classic “Lost Horizon”. Car maker BMW clearly have a product placement deal with Producer, Kevin Feige. They are driven, crushed or smashed in every automobile scene.

Hawaiian Director, Destiny Daniel Cretton, best known for “Just Mercy” and “The Glass Castle” does a marvellous job with the Screen Play and Screen Story he helped write based on the source material from Marvel Comics Steve Engelhart and Jim Starlin. This movie idea has been floating around since the 80’s when the late Stan Lee wanted Bruce Lee’s son, Brandon to play the lead, but that plan fell through.

Australia actually played a huge part in this movie finally being produced despite World War C’s best attempt in 2020 to shut down production.

Watch out for: Michelle Yeoh plus Aussies Ronnie Chieng, Lynette Curran and Lydia Sarks (from the Toyota Commercials) as the hilarious Flight Attendant.
Like all good Marvel movies there is an Easter Egg worth waiting for before the cinema lights come on and the curtains close on the big screen.

And just like the movie this review doesn’t mention the title till the final frame, “Shang Chi and the Legend of the Ten Rings”.
Do yourself a favour and take the family to see the 25th film in the Marvel Cinematic Universe which is full of surprises and cameos.