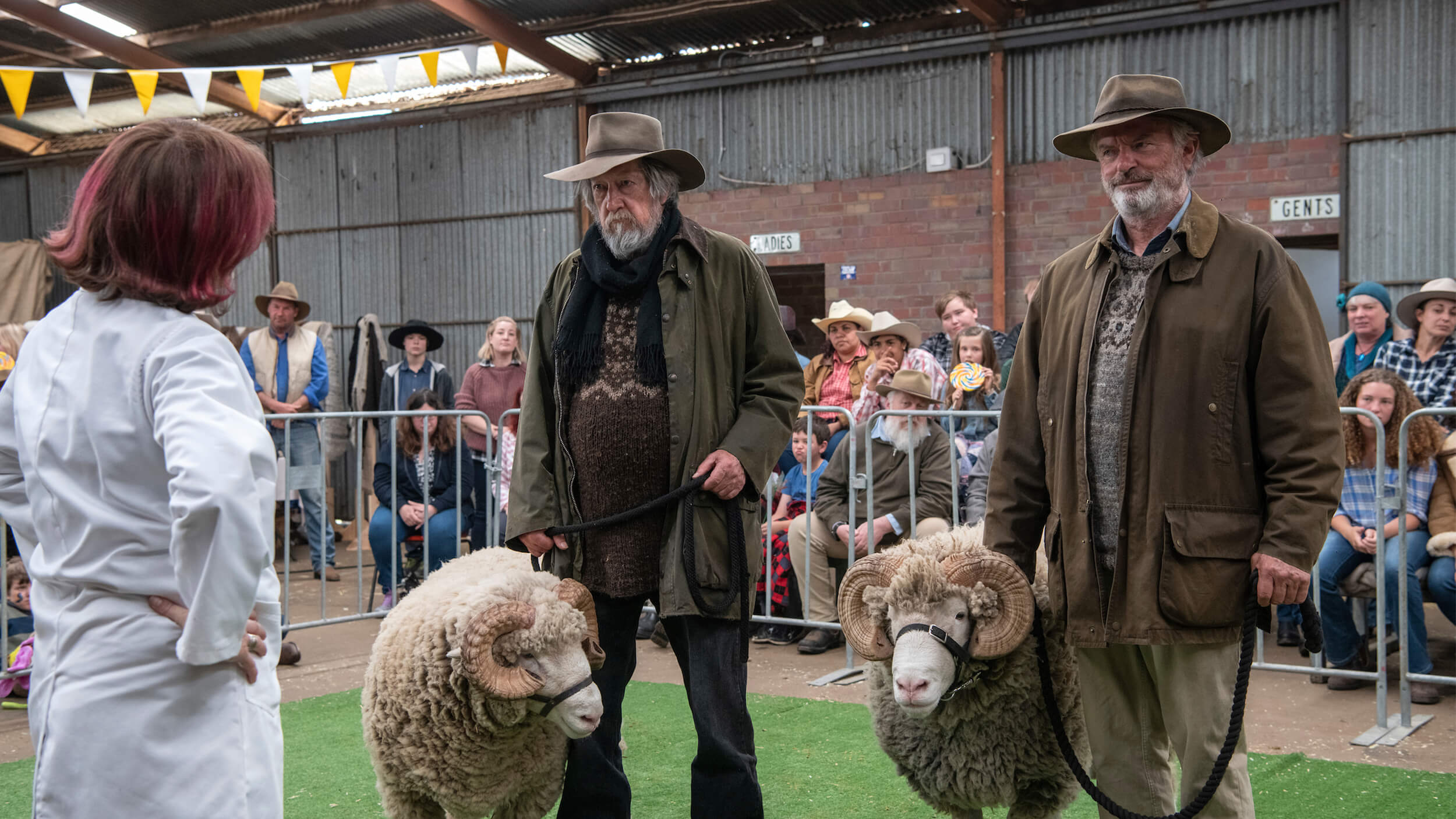 Computer Geeks this may not be the droid or movie you’re looking for…it’s a different kind of “Rams”…not even a Dodge in sight for petrol heads.

In fact, it’s a reimagining of an Icelandic film that deserved an Oz remake in a country that was built on the sheep’s back.
It’s an Aussie Comedy, Drama with more emphasis on the latter, but you are promised a sheep load of laughs too!
If I’m being honest…take the Kleenex with you, cos unless you’re a cold hearted bastich you will get salt water in your eyes during this laconic Australian movie.

Sam Neill and Michael Caton play the lead roles of two estranged sheep farming brothers with adjoining properties who’ve been fighting their own wars.
Jeremy Sims proves yet again what a masterful director he is after teaming up with Caton for “Last Cab to Darwin”.
They are supported by Gold Logie winner, Asher Keddie, and “The Crying Game’s”, Miranda Richardson.

This flick is set against the backdrop of beautiful Western Australia as was the Tim Winton based movie, “Dirt Music”.
WA is trending.
This film is loaded with drama from disease to bush fires.