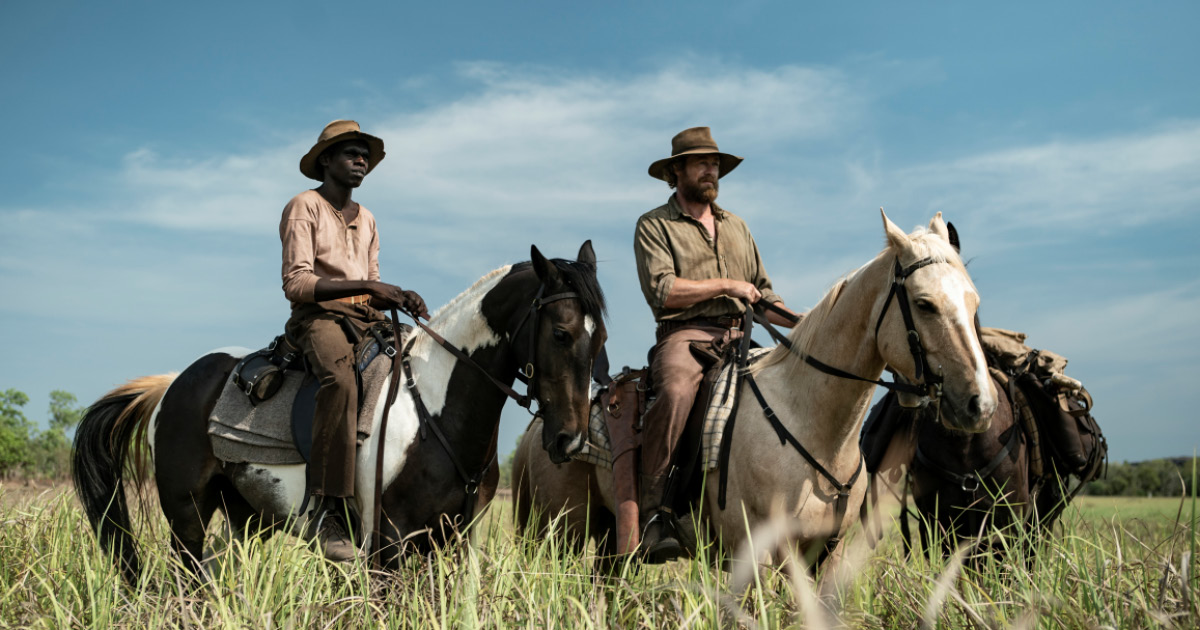 The thing I really love about Australian movies in 2020/21 is they are all brilliant.

Director Stephen Johnsons’ “High Ground” is no exception. It’s the little things, always the little things, like the sound effects of a bird eating its prey or a lizard scratching on the bark of a tree, and even green ants munching on flora that make this film so intimate and at times feels like I’m watching a Clint Eastwood cowboy flick. The break out role for Indigenous actor Jacob Junior Nayin ggul as Gutjuk (which means Hawk) is outstanding and not to be overshadowed by legendary actors like Simon Baker, Jack Thompson, Callan Mulvey or fellow Aboriginal actor Aaron Pederson.

“High Ground” is a brutal retelling of our First Nations People’s horrific treatment at the hands of the British Colonists to their country, all in the name of the Crown. Its Australia’s answer to similar action in other countries like the British colonisation of the Americas and their treatment of the Natives. It’s a familiar story around the globe. None of it is pretty, except the Country itself. This is up close and personal from the perspective of both the Colonials and the local tribes and the disastrous results of these encounters.

“High Ground” is set against the stunning landscape of 1930’s Arnhem Land. Sacred land for Northern Territory tribes that live there to this day.
Bakers’ Travis and Gutjuk are out to track down a warring wild tribesman and Uncle, Baywarra, played by Sean Mununggurr.
Whilst his own Granfather Dharrpa (Witiyana Marika) is trying to make peace and seek justice for the deaths of his family by the Colonial Soldiers. On this journey in the outback who can you really trust?

Simon Baker in his 50’s is making superb movies including Breath (Netflix)
This movie was first screened in an open air theatre in Western Australia with a near full capacity crowd.
Made all the more remarkable because not many places in the world can host large crowds during the Covid-19 Pandemic.
Cinemas around the world are in desperate need of content to fill their big screens right now and Australia is delivering the goods with first class films for the world to watch.

Movies like “High Ground” make you understand why some people are uncomfortable with Australia Day (the official national day of Australia) and protest its anniversary. Observed annually on 26 January, it marks the 1788 raising of the British flag at Sydney Cove by Arthur Phillip following days of exploration in New South Wales by the First Fleet.