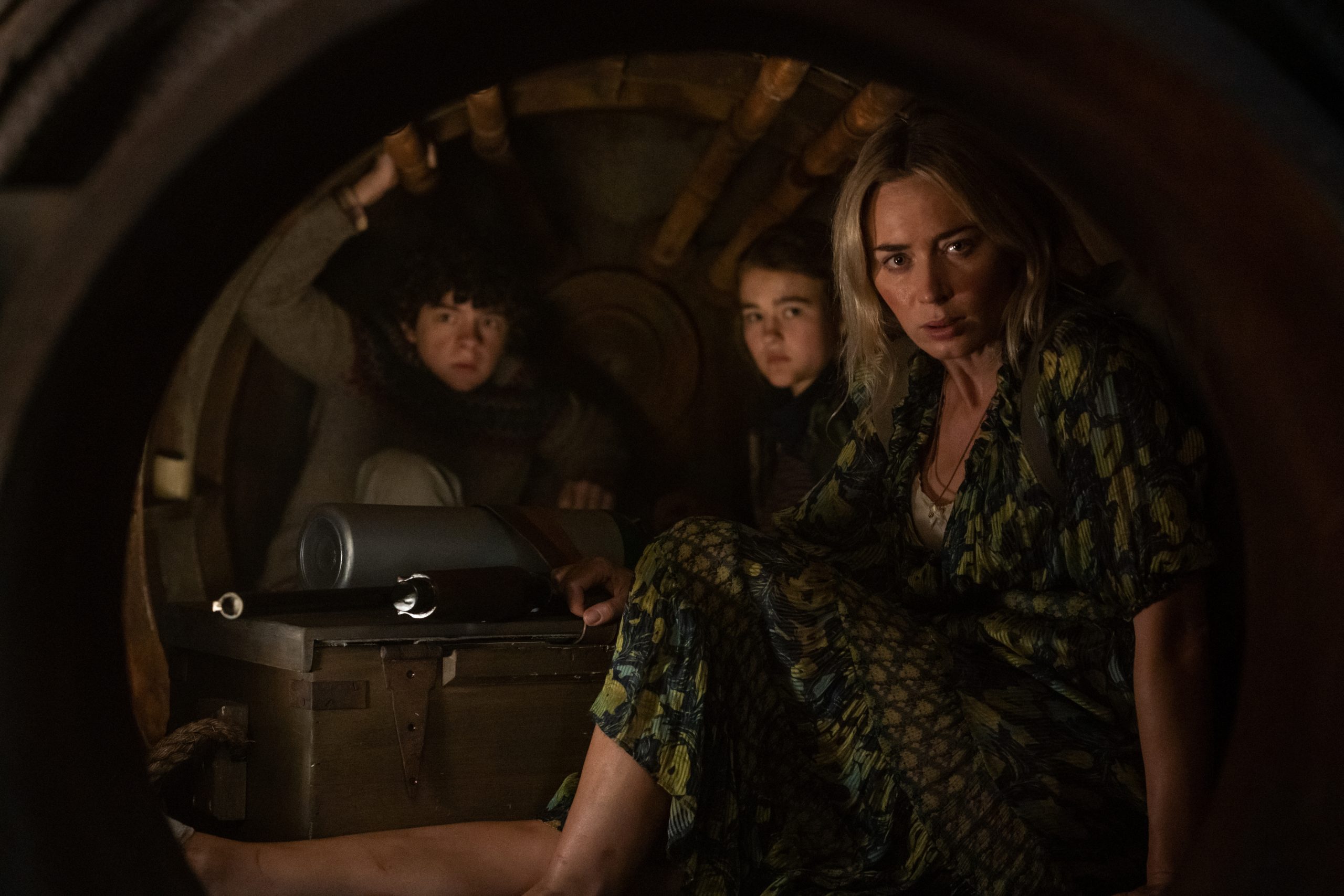 After a brief prequel sequence showing the arrival of a vicious alien race to a small American town, we flash forward to the events immediately after the first movie: Evelyn Abbot (Emily Blunt), her deaf daughter Regan (Millicent Simmonds) and son Marcus (Noah Jupe) have successfully found the aliens’ weakness, but must move from their destroyed house. Soon, the family arrive at an old neighbour’s property, which is unfortunately boobytrapped to keep the aliens, and rabid survivors at bay, where wackiness ensues!

After the first part earned a considerable box office return, lead John Krasinski is back to direct with a larger budget and with a sole writing credit. Whereas the first part dealt with weaponizing a voice as opposed to living in fear and silence, part II looks at the theme of legacy; passing the fight to a new generation, along with the requisite skillset.

Like Empire Strikes Back, this second part splits our leads onto their own side quests, subverting our expectations, expanding the universe and adding further obstacles. Milicent Simmonds as young Regan is now the lead, pairing up with ex-neighbour and family friend Emmet (Cillian Murphy) who is inspired to leave his survivalist self-imposed isolation for a chance to help the community he had turned his back on.

Verdict: While not moving the story forward too much, and a missed opportunity to explore the potential darkness of the survivors ala The Road and The Walking Dead, A Quiet Place Part II is still a super-tense and super-fun experience! Bring on Part III! In the meantime, grab your friends, pizzas, crunchy-chips and drinks and experience Part II in the XD Recliners, Plus+ or Gold at Limelight Cinemas!